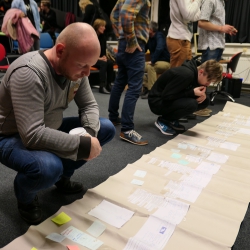 Accept was sreened on Tomas Bata University in Zlín

We took out curiosity called preparation editing scheme on paper witch we used on the begining of editing the movie with our editor and script advisor. Before Christmas we were invited to our alma mater Faculty od Multimedia Communication on Tomas Bata University in Zlín to screening and debate with authors. This screening was like a Christmas present for us and we are thankful for the invitation. 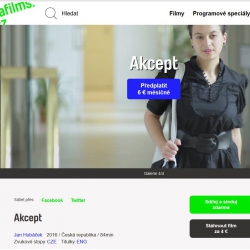 Film Accept is now newly online to watch. You can stream it or download it on platform DAFilms. So now you can watch it on your compter or even screen it for your friends.

Accept in your cinema

Film Accept has been to many different festivals and single screenings since its premiere in May 2016. From now on, you can screen Accept in your own cinema. All the production and technical details are listed in distribution list. Write us on hello@gnomonfilm.com. We are looking forward to hearing from you! 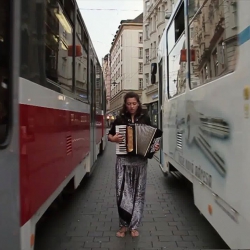 Akcept is coming back home. By the beginning of October there will be screening in Zlín! In this very town director Jan Hubáček was born and studied film directing on Faculty of Multimedia Communications, Tomas Bata University. The Faculty also supported our project and helped us to start it up. And we are very happy we can finally show Accept also in Zlín.
Screening will take place on the 4th of October 2017, 18.30 in Golden Apple Cinema. 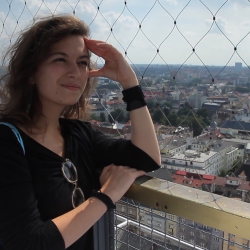 Accept will be presented as part of acompanying events of Ostrava Days 2017 – the biggest festival of contemporary music in Czech Republic. Screening will be on Sunday 27.8. at 3PM in Cineport, Ostrava. We are looking forwart to seeing you!

We are happy to invite you for upcoming Accept event – screening at the Municipal Library of Prague within the „Film and music“ program series. The screening will take place in the small auditorium on Wednesday 22nd March 2017 from 7 pm. After the film you can debate with the director Jan Hubáček.

This year's first screening of Accept

The first screening of Accept in the new year 2017 will be held on Thursday, 26th of January at 19:00 in the stylish space of Slovak cultural club Club Lúč. We warmly invite all from Trencin and those who will have just the way around to the screening and subsequent discussion with director Jan Hubáček. 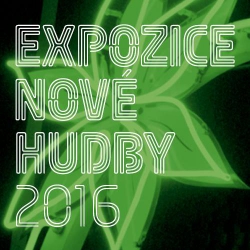 ACCEPT AT THE EXPOSITION OF THE NEW MUSIC

We invite all fans of Accept on Friday, 21 October to Besedni dum in Brno where at 22:30 the Imaginary Concerts - Accept Party, a special party with a projection of Accept, will take place. Accept will be presented as a part of the International Music Festival Exposition of the New Music whose 29th edition will be held in Brno from 19 to 23 October 2016. The Festival creates a place to listen to the novel positions of "traditional" music forms. And its place here gets also Accept and especially Lucie Vítková, which will be present in PRAGUE/Forum for architecture and media as an online DJ right from New York! 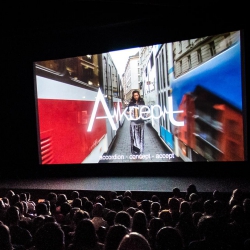 PRAGUE PREMIERE OF THE ACCEPT

On Tuesday, 18 October Accept will be introduced to the Prague audience for the first time. Kino Pilotů cares about the taste of its audience and besides commercial movies it focuses also on art cinema. Accept thus couldn't escaped its attention and it will be screened at 19:30. Screening will be attended by a delegation of filmmakers, director Jan Hubacek with producer Zdenka Kujova, who will be pleased to answer all questions from the audience.

Accept / film screening and meeting with filmmakers in Prague 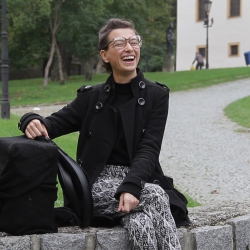 ACCEPT COMES TO THE HOMETOWN OF LUCIE VITKOVA

Unique chance to watch Accept in Blansko, where the protagonist comes from, and simultaneously to see the locations where the filming partly took place, arises on Thursday 6 October at 18 o'clock at the Kino Blansko. Accept will be screened there as a part of Kolotoc, a festival of contemporary theatre, music and art, which is organized by local amateur multi-genre theatre Kolarka. The director of the documentary Jan Hubacek will be also present at the screening. 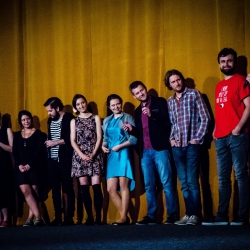 On Wednesday, 1June, opening night of the Accept movie took place in the University Cinema Scala in Brno where major filmmakers appeared. The main protagonist of the movie, composer Lucie Vítková could not physically attend the event due to her study stay in New York. She was however able to join thanks to an audio and video installation in the foyer of the cinema, which run through Skype, and so could the audience and the performer communicate with each other. The following after party was held in the Cafe Morgal courtyard of the Governor´s Palace.

Photos from the evening are available for review on our Facebook page. 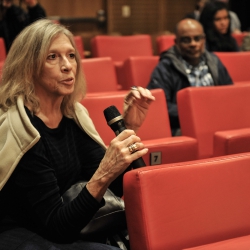 Accept was introduced in New York!

On 24 May 2016 in New York, there was a sneak preview of Accept on The Eurasian Film Festival as the only documentary feature film under the aegis of Czech Center New York.

Lucie Vítková was there, now she is studying at Columbia University in New York. Movie Premiere had a great atmosphere and Lucia pleased especially from smart and well-taken questions from the audience. 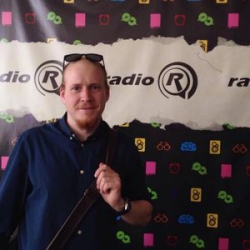 An interview with director Jan Hubáček in broadcast Thalia on the string on Radio R, about nearly five years of making a movie, contemporary classical music, the present state of documentary film and more, available in the archive here: mixcloud 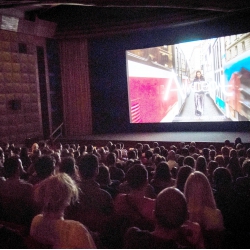 In the University Cinema Scala in Brno. Do you already have a ticket for the Opening Night on 1June in the University Cinema Scala? Book your place simply by using our form. Reservation is mandatory as the number of free seats is limited. Entry is 90kč on the spot. There will also be an after party in the Cafe Morgal courtyard of the Governor´s Palace. We are looking forward to seeing you there. 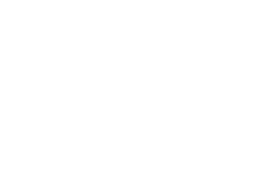 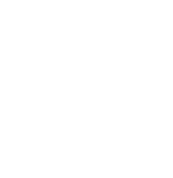 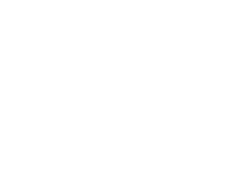 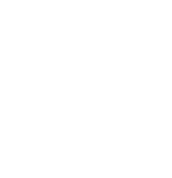